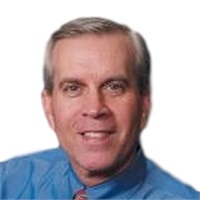 Ricky joined Stewardship Advisory Group in early 2017 as the Director of Financial Operations for the Texas advisors.  Ricky oversees the Back Office operations, blending his many years of finance and accounting experience with the administrative, planning and coordinating requirements associated with the group of financial advisors that he is privileged to work with.  Prior to joining Stewardship Advisory Group, Ricky worked for a Dallas-based energy firm, where he held various management roles in the areas of financial planning, audit, accounting and business process improvement.  Ricky has certifications in controlled self-assessments, construction audit and project planning.

Being active in the local church and community is an important part of Ricky’s life.  He has had the privilege of serving in numerous leadership roles at his local church, including key duties in governance, men’s ministry, finance and human resources, and he has been on the Board of local community organizations such as the YMCA and local sports associations.

Ricky is originally from the Dallas-Fort Worth area – attending high school and college there, then marrying his college sweetheart, Jackie.  Ricky and Jackie have a son and daughter in law who live in Dallas.  When not working, Ricky can be found camping, golfing or riding his Harley.