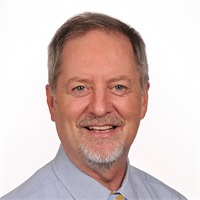 Don started his own accounting practice in 1988 and got into financial services after some of his best clients started asking his opinion about investments. As a CPA, Don’s career grew to the point that he transitioned out of accounting completely in 2004 and enjoyed the opportunity to work with companies in the retail industry, serving their executives and managers, many of whom were stock option millionaires. His clients appreciated his background and the fact that he was able to serve them from both a tax and an investment perspective. Don met Jeff Rogers in 2010 when Jeff presented a seminar on the benefits of planned giving to his church. Shortly after that, Don aligned his business with his faith and joined Stewardship Advisory Group as Stewardship Coach.

Fun fact: Don loves flying and still reads Pilot Magazine every month despite not having been at the controls of an airplane since 9/11 as a student pilot. His love for flying rubbed off a bit on his son, Keith, who is a Naval Aviator, currently serving at NAS Mayport near Jacksonville, Florida.